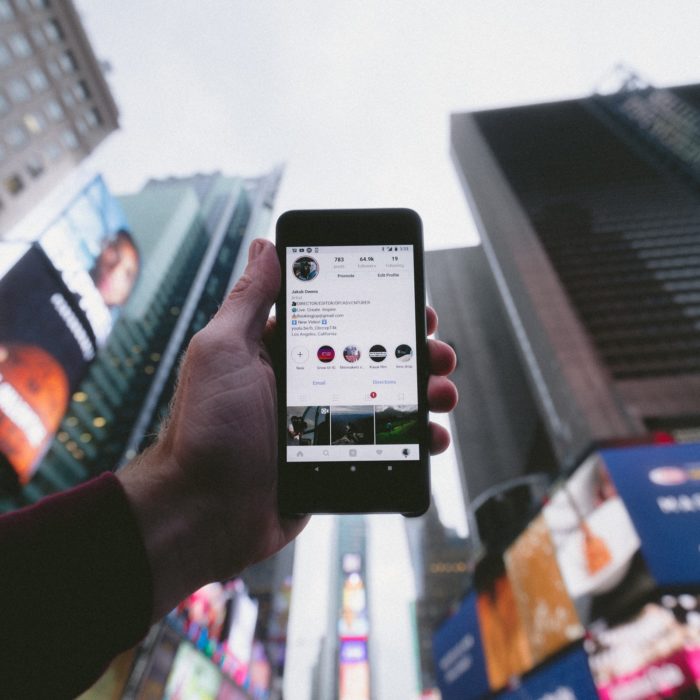 Instagram established itself on the market as one of the popular social media networks where people can engage virtually. It's a media-sharing app where anyone can share their everyday life through images or videos. Most accounts live up to this purpose of the app while some consider it income-generating.

Simply put, many businesses see the app as an effective way to sell by paying accounts to promote their products. For the sake of knowledge or probably simply being inspired, have you then, ever wondered about who gets paid the most on the platform?

Fret not because you are in the right place to find out. For what you are looking for, here’s the list of Instagram’s highest-paid accounts. 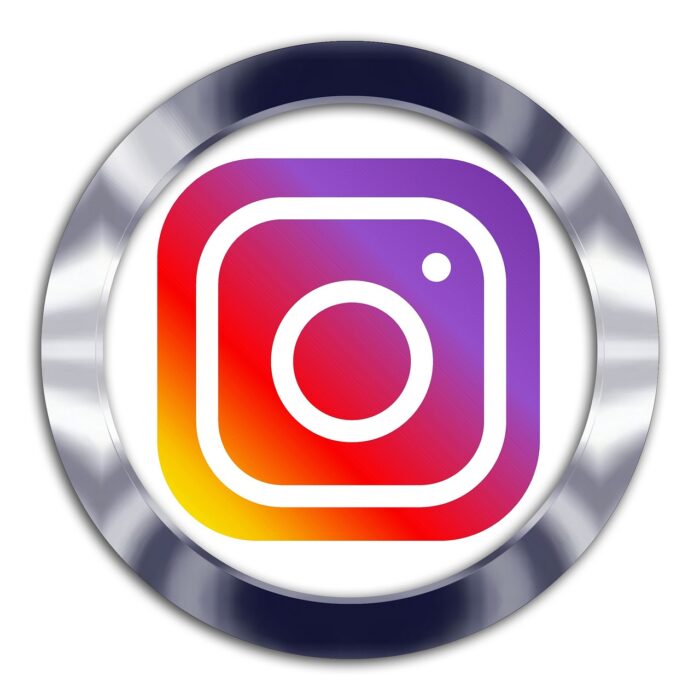 Cristiano Ronaldo is a Portuguese professional footballer who gained fame playing forward for the Premier League club, Manchester United, as well as being the captain of Portugal’s national team.

He tops this list as the highest-paid Instagram celebrity and is the most followed person on the social media platform with over 487 million followers.

As seen on his Instagram page, the dad of five and a famous athlete rarely posts candid photos. And if not the snaps of his gameplay, he plays off his role as a brand ambassador.

A sponsored post from Ronaldo comes from his several brand endorsements ranging from health and fitness brands to luxury brands. This includes Clear, Nike sports brand, Armani, Herbalife, Unilever, and the list goes on.

Hailed from the famous Jenner-Kardashian family, Kylie Jenner is second on this rich list of Instagram accounts.

The media personality who started as a reality star of Keeping Up with the Kardashians which ran from 2007 to 2021, Kylie ventured to creating brands on her own making her a self-made billionaire at age 21.

Now, currently holding a 370 million follower count, she has been known for being a founder of several beauty brands and apparel in which her product line sells cosmetics, makeup, skincare, baby products, and swimsuits.

With her name always etched in every brand she owns, such as Kylie Cosmetics, Kylie Skin, Kylie Swim, and Kylie Baby, this cements her reputation in the industry even further. And of course, day by day, getting more famous than ever.

An Argentine professional footballer who plays forward for Paris Saint-Germain F.C. and Argentina national football team, Lionel Messi is the second athlete that made it to this list.

Joining the list as one of the American singers, Selena Gomez also tops being highest-paid on Instagram.

Selena easily gained fame from her history of being once a Disney child actress, then a singer, and now an advocate-philanthropist. Add to her accomplishments being a 30-year old is entering the beauty industry with her vegan & cruelty-free makeup, Rare Beauty.

She currently lives her best life and documents it through various Instagram posts detailing her everyday life, relationships, brand, initiatives, and more.

Dwayne “The Rock” Johnson is the professional wrestler turned actor who also made it to this list.

This just proved that he is not only raking in deserved popularity on the platform but also a successful actor with blockbuster-to-blockbuster projects.

Also topping the list is Kim Kardashian who is considered a socialite and celebrity influencer with a wide variety of brand deals. She herself owns a few brands and businesses such as skims and skkn being the famous ones.

Kim keeps her followers updated with some snaps of her glamorous photoshoots and a bit glimpse of her everyday life as well. And, undoubtedly, her fans and critics always look forward to her content.

Ariana Grande started her career on a few Nickelodeon shows and then turned into a musician with various hits such as Thank U, Next, Break Free, God is a Woman, Positions, and more. She also entered the makeup industry with her own set called r.e.m. beauty.

With all these accomplishments in her career, it’s no wonder that she attained such status and deservingly got paid, at most, over $1.6M for every post.

Famously known as Beyonce, is an American singer, songwriter, and actress. She was once part of a famous band, Destiny’s child before becoming a solo artist and being a record-setter of many known music awards. In fact, she currently holds the most Mtv video music awards

Beyonce’s born talent and charisma made her way to the top. Along with this, she naturally, so explains the large following on her Instagram where she flaunts herself and a few projects.

Another member for this list is also a Kardashian, Khloe. The media personality, socialite, and Instagram influencer has shared fame with her siblings through the “Keeping Up with the Kardashians” reality show. She also appeared in a lot of the show’s spinoffs joining her sisters and also her ex-husband.

Khloe also excels in the business department. She has her own clothing line called Good American which promotes body positivity and inclusivity through women’s clothes made by women. Aside from this, she keeps her high status with other brands that she’s promoting.

Keeping up with the Kardashians reality show had done a great favor to most members of the Jenner-Kardashian family. Hence, it’s no wonder that securing the 10th spot in this year’s list of Instagram’s highest-paid accounts is also Kendall Jenner. She and most of her entire extended family rose to popularity with their business antics and thus holding the most spots on this list.

Unlike her sisters though, Kendall found passion in modeling at such as young age. With this, she appeared in many famous magazines such as Vogue, and also secured high-profile modeling contracts as well as been part of many commercials.

Justin Bieber also gets paid a lot for an Instagram post. The Canadian singer has been in the industry now for more than 10 years and is most prominently known for his own songs “Baby”, “Boyfriend”, “Sorry”, “Love Yourself”, “Never Say Never”, “Intensions”, and more. Even his collaborations such as “Despacito”, “Beauty and the Beat”, and “Stay” have gained worldwide popularity.

It can be remembered that Justin recently got media attention due to his rare disease revealed on one of his Instagram stories. And consequently, for health-related reasons, the singer canceled the rest of his scheduled world tour dates.

Nevertheless, Justin keeps his followers updated through snaps of his personal life and concert events.

The American singer-songwriter and pop star of her generation, Taylor Swift, is also one of the Instagram most-paid accounts. The singer took off in her music career at the young age of 14 years old.

Since then, she repeatedly dominated music charts worldwide and is one of the musicians who was awarded the most. She continuously does so by releasing albums that her solid fanbase, Swifties, is looking forward to. Some of her famous pieces are “Love Story”, “Blank Space”, “Shake it Off”, “All too Well”, and more.

Also belonging to this list is singer, dancer, actress, and fashion designer, Jennifer Lopez or famously known as JLo.

She is most acclaimed as a performer and is one of those credited with revolutionizing Latin pop into the American market. With over 80 million units sold worldwide and all other projects she ventures, JLo has become an all-around artist.

A renowned rapper, singer, and lyricist, Nicki Minaj also makes a lot posting on Instagram. With many achievements to her name such as six American music awards and couple few more from others, she gained a lot of hype for making music.

The talent that the Trinidadian rapper showcased throughout her career in terms of music versatility, beats, flow, and lyricism stapled her in the industry. This gained her a lot of followers who keep tabs on whatever she does.

Mainstream known as “Miley Cyrus”, she started out her career playing a title character on a Disney channel television series called “Hannah Montana”. Singer-songwriter, actress, and record producer are just some of the titles she owns now.

The actress-turned-musician seamlessly dominates the rock genre at the moment with her recent album, ATTENTION.

The common denominators among these celebrity accounts are: being a brand ambassador, providing affiliate links on their bio, and other paid collaboration opportunities. For the rest of the Instagram accounts, other methods such as selling on the platform, providing social media management services, and making filters are just some of the ways to earn money. 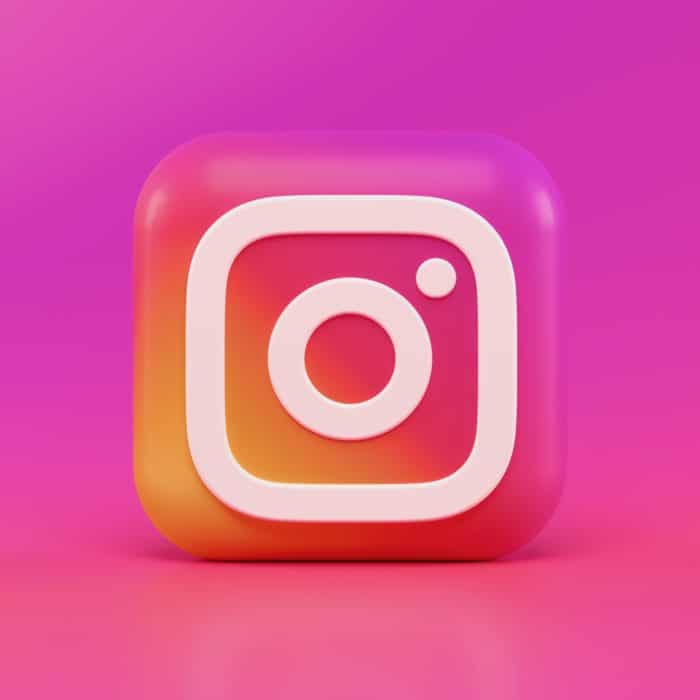 How Much Do Instagram Influencers Earn When They Have a Million Followers?

All from the list above are obviously famous but many else are thriving on the app such as micro-influencers and also the mega ones. An Instagram account in this category, often with a million follower status, makes an earning similarly through sponsored posts.

Celebrities and influencers alike like to connect with their followers in various ways such as by posting on Instagram. Seeing the amount of audience each of these A-list accounts accumulates, brands see demand and they vie to get in touch with these people to promote their products. Locking a deal would, of course, involve money to be paid.

And so that pretty much sums up how Instagram’s rich names came to be. With the list changing every year, who do you think will dominate the next?