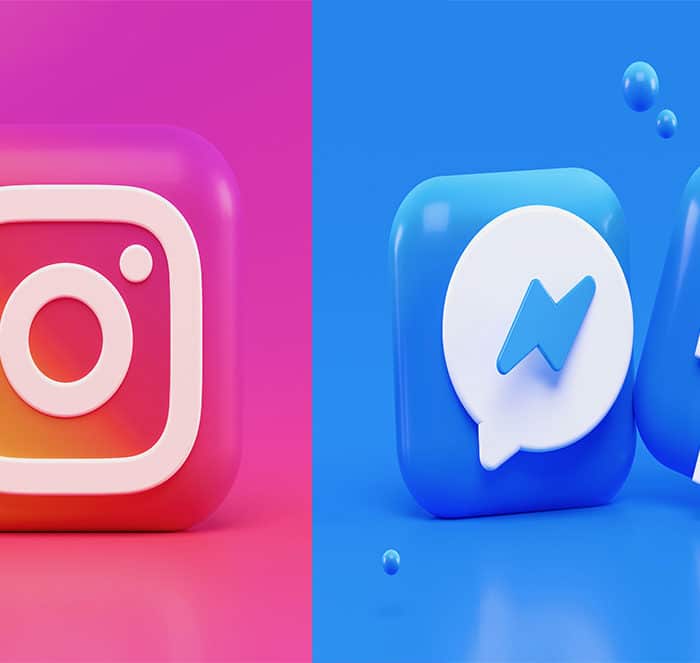 Although both social networking sites are part of the same company now called Meta, Instagram and Facebook are vastly different from one another. From the type of content to the mechanics of how you connect with other users, the experience isn’t just the same. Despite their differences, both Facebook and Instagram have a staggering number of active users around the world, making them two of the most successful social media platforms ever.

With this, it’s important to know what their key differences are and how to use them to their advantage. Whether you choose just one or use both of them at the same time, knowing what they offer can help you strategize your posts, reach more people, and post relevant content for your audience. Here’s our list of main differences you should take note of about Facebook and Instagram. 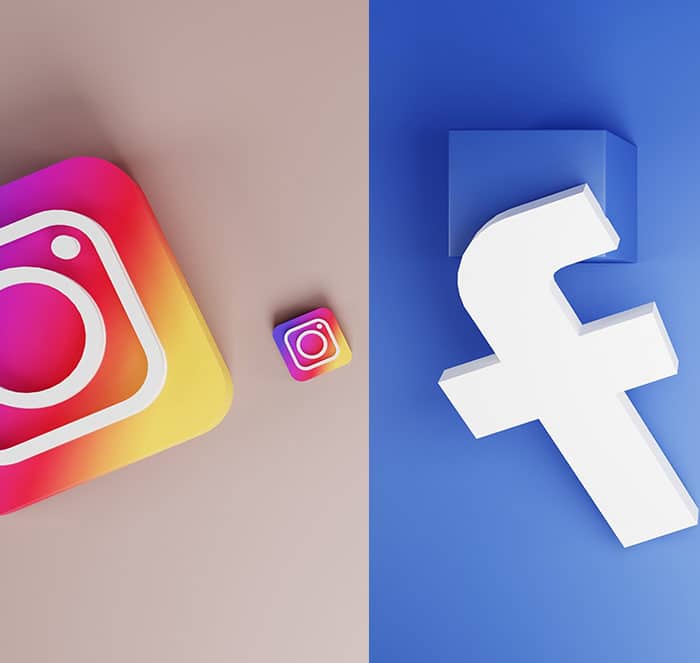 On the top of our list is content. After all, you can’t be a successful influencer on any social media site without great content. However, no matter how top-tier your content is, where you post it can make a world of difference. You may have already heard the phrase “content is king”, and this is something you must always keep in mind when creating posts for social media platforms.

Each platform is built differently. Instagram is mainly a photo and video-sharing platform. With Facebook, you can practically post anything whether it’s plain text or media. While on Instagram, you have to post either a photo or a video. Plain text isn’t allowed on Instagram, but you can include a caption for the images or videos you post. If your post is purely just text, you have to use other social media sites for that, such as Facebook.

This is also true for other popular social media platforms such as Twitter, TikTok, and YouTube. As such, you can say that each social media site is designed with a specific purpose in mind and is used quite differently for people.

Meanwhile, Facebook is a lot more complex since it has tons of features. Like other social media sites, it’s also designed for content sharing. However, people generally use Facebook more to connect and keep up with friends, family, and acquaintances rather than just browse content. Facebook users will frequently see more posts made by their friends and acquaintances in their newsfeed, while content posted by pages only appears in between.

Instagram, on the other hand, is much stricter. For example, you only need to post original content, otherwise, your account could get banned. Additionally, Instagram has video requirements you need to follow. You may also need to consider the aspect ratio of images you upload, especially if you are maintaining a consistent profile theme or aesthetic.

You may have known this already, but you can’t post links on Instagram except on your profile bio. Well, you can, but it won’t be a clickable link. Instead, it will just become plain text which is pretty useless.

If you want to post an external link to your product or blog post, you will have to do some workarounds. For example, you may use third-party tools such as Linktree or place your website link on your bio that your followers can click. However, this will mean more work for your followers. People who are just casually browsing through their Instagram feed might not be bothered to do extra steps just to check out the link you posted.

As such, you need to carefully plan the content you post on both platforms. While you can upload the same photo or video on multiple social media platforms, make sure that they are tailored to each site.

For example, if you decided to upload to Instagram a video you first posted on Facebook, you may need to trim its length and shorten the caption. Studying what type of content works best for each platform will help you make the best out of both.

Now that we’ve covered the differences in content being posted on Instagram and Facebook, let’s talk about algorithms. Algorithms are crucial to help you plan your content more effectively. It will also help you in creating digital marketing strategies that work as well as in growing your audience.

A social media platform’s algorithm can be quite a mystery and it’s subject to change, too. However, social media experts who studied Instagram and Facebook have found interesting things that give us useful insights into each websites’ respective algorithms.

As you can see, there are similarities between Facebook and Instagram when it comes to how their algorithm works. For example, the more relevant and interesting the post is, the higher it will rank in the newsfeed.

However, there are differences as well. You will more likely see content on Facebook from people you know in real life. On the other hand, Instagram will more likely show you content about topics you’re interested in from the people you follow, regardless of whether you personally know them or not.

While Facebook still remains the most popular social media platform in the world with over 2.9 billion monthly active users, Instagram isn’t that far behind. Even though it’s relatively younger than Facebook, Instagram now has a strong one billion active users and counting.

In fact, some people have conjectured it might even surpass Facebook in the coming years. Statistics portal Statista revealed that more than half of Instagram users are below the age of 35. It’s also interesting to note that Instagram is the third most popular social media app among teenagers as of 2020. That being said, Instagram is steadily rising up as time goes by. An (and with the majority of its population being the younger adults and teenagers), that prediction might very well turn into reality.

But is it time to ditch Facebook, though, and focus your influencer game on Instagram? Not quite yet, at least. As I mentioned, Facebook still tops the social media race and despite the recent controversies it is facing, it doesn’t seem to go down any time soon.

While most of the teenagers and young adults aged 35 and below use Instagram more than Facebook, it doesn’t mean that they have already completely dropped the latter.

In fact, according to this fact sheet released by Pew Research Center, a staggering number of US adults aged 18 to 29, around 70% of them still use Facebook. Meanwhile, about 71% of young adults, who are in the same age range, use Instagram. It’s literally just one point higher than Facebook, and that says a lot. Even though Instagram is preferred by the younger generation, a lot of them still use it for various reasons, including keeping in touch with family and friends.

Now, what sets Facebook and Instagram apart when it comes to their respective user base? How can their differences affect your growth as an influencer? Here are a few key takeaways you need to keep in mind when creating content and marketing strategies for each social network:

Based on these stats, Instagram is the better platform for influencers whose primary audience is the younger generation. This isn’t surprising considering the majority of Instagrammers are young people.

However, don’t neglect the potential of having a large follower base on Facebook. Having the highest number of monthly active users and probably the most diverse age range among all social media networks, you shouldn’t just cast it aside.

In addition to its behemoth population, Facebook has a lot of features that make it useful for influencers and brands, such as Groups and the Share button. Facebook still has what it takes to help you expand your reach as an influencer.

In an article published by Social Sprout in 2019, they noted that even though Facebook has the highest number of monthly active users, its engagement level is considerably lower than that of Instagram.

Take a look at these two NatGeo posts uploaded on each social network.

Both of these posts are uploaded not more than twenty-four hours at the time of this writing. However, you can see the staggering difference in numbers. This NatGeo’s Facebook post about a llama has only around five thousand reactions and sixty comments, while the picture of monarch butterflies posted on their Instagram has a whopping 246,000 likes in just 12 hours.

The llama image also has a higher number of likes compared to the other recent posts on Facebook made by the same account. On the other hand, posts on NatGeo’s IG page usually have more than a hundred thousand likes.

Apart from that, NatGeo’s IG profile has 200 million followers, whereas its Facebook page has around 46 million likes.

What do these numbers tell us?

Even though Facebook has a larger user base than Instagram, the latter has a more engaged and dedicated audience.

There are plenty of reasons for this, but one of the main factors is that Instagram’s interface is simpler and “less cluttered”. It’s easier to use, too. Liking a post take only one tap. Then, you can move on to the next one and leave a like on it, too. Besides, you can access the rest of its features in just a few clicks, such as searching for profiles and looking up Instagram stories.

Another reason is that your posts on Instagram might find a more targeted audience on Instagram where people intentionally search for content. People browse posts by topic through the use of hashtags, and you can even get a like from users who don’t follow you. On the same note, hashtags are incredibly useful for reaching out to more people. Whereas on Facebook, people will more likely see posts from people they are acquainted with, even though the content may not be relevant to their interests.

Knowing the key differences between Facebook and Instagram is crucial to your career as an influencer. This can help you reach more people, grow your following list, level up your social media marketing game, and much more. Learning how to make the best out of both social media platforms can change your life and whole career for the better.